Central Michigan had life left. It had just lost possession on downs, but the fat lady wasn’t singing. The Chippewas still had three timeouts, and Missouri was on its own 11-yard line. But CMU’s fingers slowly uncrossed as it watched Missouri running back Tyler Badie rush for a career-long 69-yard burst to cap off a career night.

The play felt fitting after Badie had come through as Missouri’s most trusted player throughout the game. It also sealed a 34-24 win in the Tigers’ season opener.

Asked about the clutch run, Badie was more upset he got caught than glad he helped secure the victory.

“The one I got caught?” Badie replied, laughing. “Man, I was tired. The thing is, that’s one of the things I’m gonna regret for a long time, and I just feel like there’s a lot of different things I could have done on the play. I knew I was playing the game. I could have gotten down, ran out of bounds. Just, you know what happens when you get tired. You just kind of lose that mental focus, so I just feel like I need to focus up and just be there for my team. You know, later down the road, we got a lot of SEC games coming up and I need to be smarter to be able to be prepared for situations like that.”

Anyone who watched the game Badie played would be forced to search far and wide to conjure the regret he spoke of. Whenever Missouri struggled to find offense, he seemingly broke through for a positive play. Badie delivered when necessary all night long, amounting to a whopping 243 total yards through a career-high 28 touches, and punching in two touchdowns along the way.

The senior running back’s 203 rushing yards on 25 carries were the most by a Missouri player since Larry Rountree III ran for 204 yards in the 2018 Liberty Bowl. Only 11 other players in school history have run for 200 yards in a single game. Badie’s rushing total Saturday nearly surpassed his season total of 242 yards on 48 carries in ten games last season.

Time and time again this offseason, Badie was forced to listen to questions about the fate of Missouri’s backfield after Rountree’s departure for the NFL. The consistency Rountree provided through his four seasons had to be replaced.

At one point in the first half, Rountree’s blue and white Los Angeles Chargers uniform lit up the video board in Faurot Field. Badie was once again reminded of the shoes he had to fill. And while some figured that the backfield touches in the wake of Rountree’s position would be dispersed evenly between Badie and sophomore Elijah Young, Badie showed he might not need much help carrying the load.

“I’m always very confident in myself and what I can do,” Badie said. “Just like I said before, Larry was the bellhorse back. … So, usually I’m used to getting five, 10 touches a game. Looking on the stat sheet…Twenty-five? Is that what it say? I wasn’t really used to that so it’s definitely good to get my feet wet early, and just keep it going throughout the season.”

GET THE INSIDE SCOOP EVERY DAY WITH YOUR PREMIUM SUBSCRIPTION!

His teammates showed Badie love after the game, acknowledging the trust both they and the coaching staff put in him down the stretch. Coach Eli Drinkwitz, who despite Missouri’s early struggles just appeared appreciative for a win, couldn’t help but profess gratitude for Badie’s performance.

“Tyler’s an electric player,” Drinkwitz said. “I’m really proud of him. You know, he missed quite a bit of last week just because of the injury, and for him to have the shape to be as good a shape as he was in, I think he had 200 yards rushing, a touchdown, he had a 40-yard catch, I believe. Forty-yard reception for a touchdown, too. So he did a nice job. Kind of made us go today. We obviously know that he’s one of those guys that we’ve got to do a great job finding ways for him to touch the football.”

Badie couldn’t decide whether to be called a bellcow or a workhorse, constantly throwing around the term “bell horse” when being compared to Rountree. Wherever that imaginary being exists, it might not be seeing the kind of reps that the Tigers’ lead running back is.

After missing nearly a week of practice due to a leg injury, Badie dwarfed his previous career-high of 16 carries. He credited his ability to take on the workload to an increased stretching regimen.

Somewhat ironically, he found himself sidelined so that he could stretch near the end of the third quarter. As a trainer worked out the cramp in Badie’s leg, Young showed that, while Badie might take over Rountree’s role, he can fill in as the new Badie. Young ran left, found a hole and showed off some moves in the open field on his way to a 32-yard touchdown.

“A blessing in disguise,” is what Badie called his untimely departure, which freed up the opportunity for Young to score.

Badie senses how much Young loves football and knows how much he wants to play. While the tandem’s carries were a bit lopsided Saturday, the two know they’ll both be called upon to carry the load for the Missouri ground game this season.

“That boy Tyler, he’s a workhorse,” Young said. “So everything he does I’m right there behind him. … I feel like our bond just keeps getting stronger, day by day as the season goes on.”

Tue Sep 7 , 2021
HØRSHOLM, DENMARK — As the market for science- and solutions-based pet food and treat formulation continues to grow alongside a burgeoning number of pet-owning households in the United States, Chr. Hansen has entered the category with a line of live probiotic solutions. The line includes three probiotic technologies, each targeting […] 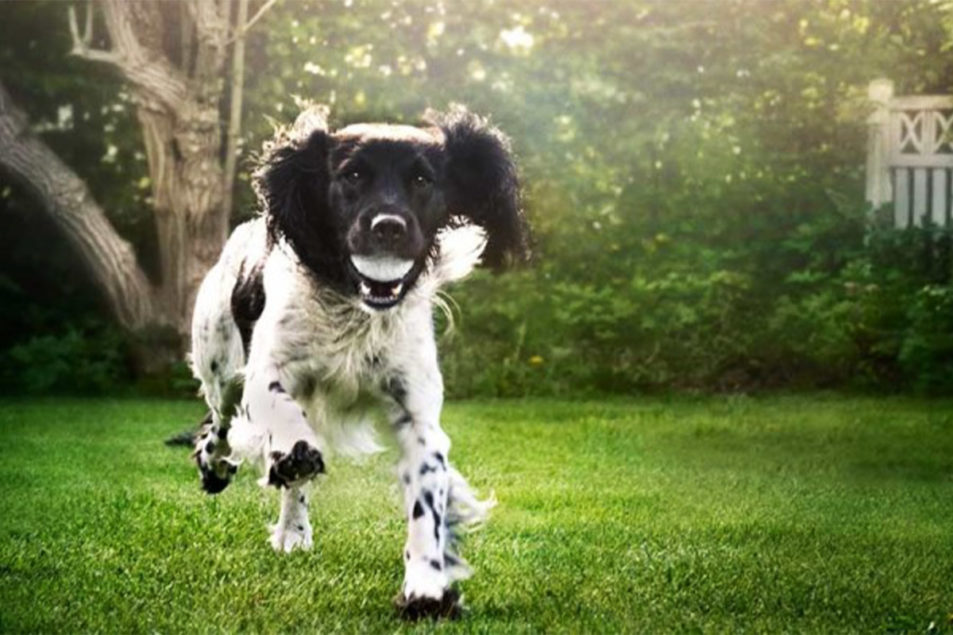