FREMONT, Neb. (WOWT) – A social media post from a Fremont City Councilmember stirred up questions from the community about its policy on euthanizing animals.

The council approved a euthanization drug for the city’s community service officers to use. Some worried those officers might use it to kill cats and dogs.

The Fremont Police Department said community service officers will be using a euthanization drug — but just for small wildlife.

Kellie Brown is one of Fremont’s new community service officers. Three such officers are now handling tasks like animal control and parking violations so that police officers don’t have to.

Brown said she deals a lot with injured animals like squirrels, foxes, and even bats.

“There are animals that are not treatable and in those tenses situations, there are two options. You can either euthanize them or they can be shot,” Brown said.

Fremont Police Chief Jeff Elliott said there’s a process to the new euthanization drug. CSOs have to contact a vet to get the drug, and staff go through training on how to use it.

The drug is a vapor — the animals breathe it in.

Chief Elliott said Thursday that he wants to make one thing clear: The drug will not be used on your pets.

Councilmember Glen Ellis said he wishes the city would have explained the process to them during Tuesday’s City Council meeting.

“We live in a rural area, and they need to be taken care of. But I think just the lack of communication plus the amount of distrust that the citizens have towards the city right now… It’s just not a good time for them to be stirring the pot.”

Ellis made a Facebook post after the City Council approved the purchase of the drug, questioning where and how it would be used.

“Hindsight, we should have asked a lot more questions because a lot of questions were asked of us after the City Council meeting. What are these drugs for? Why were they purchased? So that’s why I made the post. I have since been corrected,” Ellis said.

Brown said the drug will now give the city a way to humanely put small animals down — something that wasn’t always done previously.

“Previous to this, I saw animals that had to sit and suffer. There was no option for them. You know, if you are taking the animals to a veterinary clinic, then you are at the mercy of their scheduling. So if they can’t get the animal in right away, the animal has to sit with them for several hours before it’s ready to be euthanized. That’s not fair either.”

Officials repeatedly emphasized the drug is only intended for small wildlife; it cannot be used on larger animals, like deer.

Fremont’s community service officers said they work closely with a number of wildlife refuges to rehabilitate animals that are not severely injured. 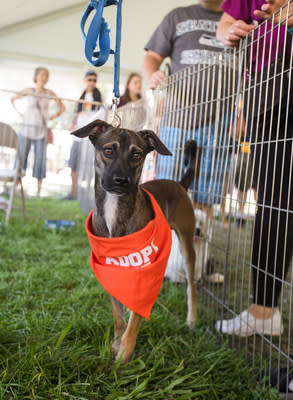